How did it become september so quickly again? A hint of yellow lies on the forest, and more and more leafs are on the ground… It can hardly be ignored, that autumn is on the doorstep! There were years, when I felt a little tired of troutfishing in september, and I was seeking asp and pike instead – not so this year! I already miss the beautiful golden browntrouts although the season still has another three weeks! 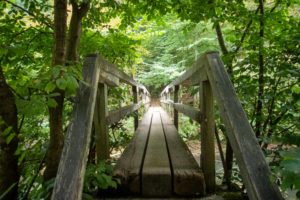 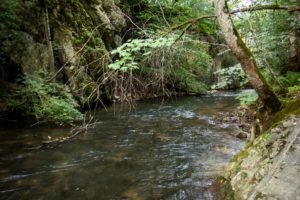 Autumn does have a hard job to make people happy! Holidays are over, the bermuda shorts are dissapearing in the closet, the BBQ-evenings are getting shorter and cooler, the sound of birds fainter…

But autumn does its very best to raise the spirits, with plenty of ripe fruits hanging on the trees, with nuts and mushrooms, and with grayling! Yes, autumn is graling-time! And although some optimists might call the first weeks of september “late summer”, the grayling are already active and biting well! 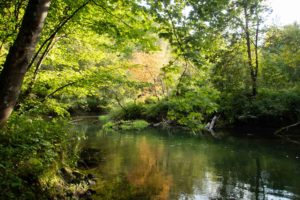 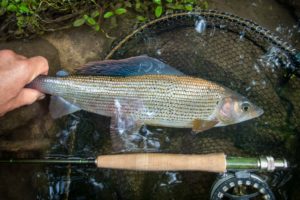 Yesterday I had the opportunity to fish one of the most beautiful stretches of our little stream… the locals just call it “s’Daele” which translates to “the Vale”.  The stream winds its way at the foot of moss-covered limestone cliffs, through deep pools and below overhanging trees. The Vale is truely a gem and the grayling seem to like it as well: the population is very healthy! In the last hours of the day, I caught several fish and the prospect of autumn finally had me smile 🙂 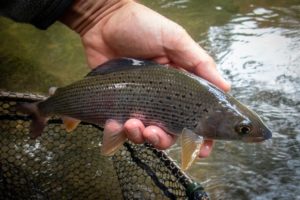 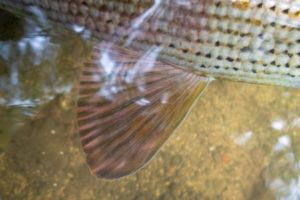