While most of Germany was watching the first match of the Soccer Worldcup against Mexico, I decided to go fishing and enjoy the silence and the solitude in a usually busy stretch of the Danube. 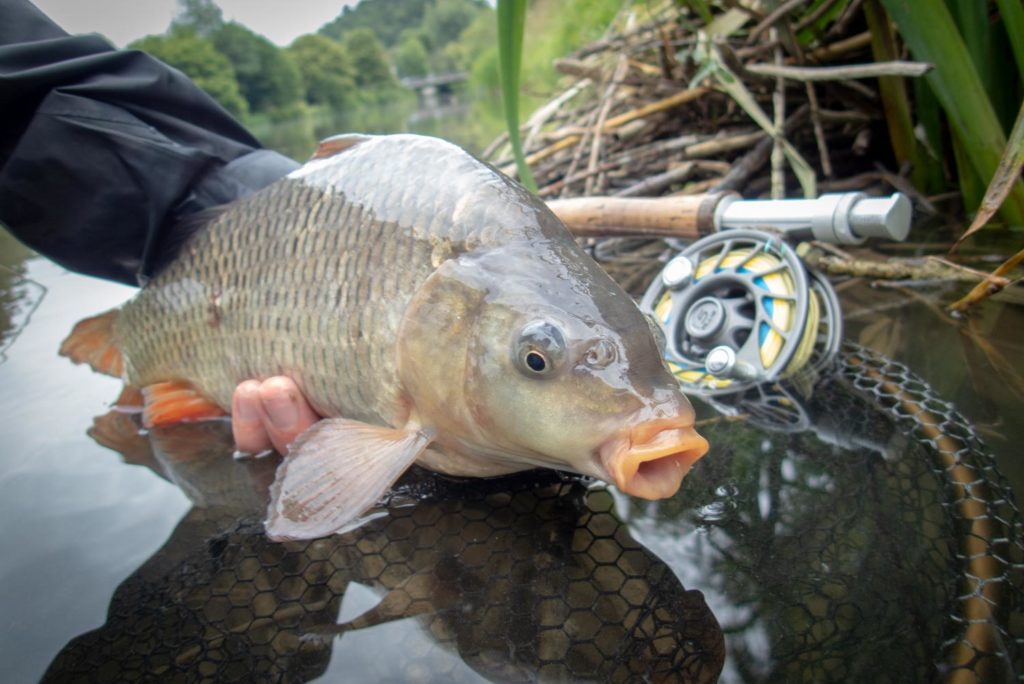 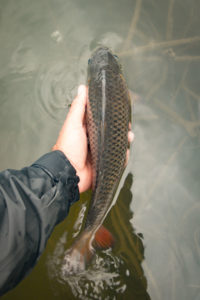 After some wonderful weeks with the mayfly, I was excited to fish for barbel again. As much as I love trouts, I was looking forward to some change. Unfortunately, the water was more turbid than I had expected. In my usual hotspots I was restricted to some blind casting with the nymph, which is rather frustrating when fishing for barbel. So I tied on a small streamer and cast for some chubs while I walked downstream to look for fish in shallower water.

And indeed, I spotted a fish which was dabbling and showing its tail from time to time. I was not able to tell what kind of fish it was, was it a bream? or a nase? or a small carp? I had read about flyfishing for carp recently, and someone had written that it was somewhat similar to fishing for permit. So I dropped my little streamer to the ground next to the fish and moved it veeeery little, to get the fish’s attention. It started to move towards the streamer, halted, tilted a little and I LIFTED THE ROD! WHOOOOOAAA, there it was! Indeed it was a little carp, perfectly hooked in the mouth, but because of its size not yet strong enough to pull into the backing. Nevertheless I was very glad, it was my first carp on the fly and it was quite a beautiful fish (the big ones are looking gross sometimes). 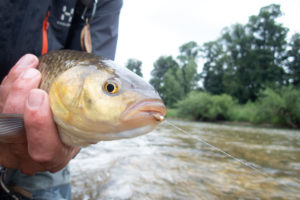 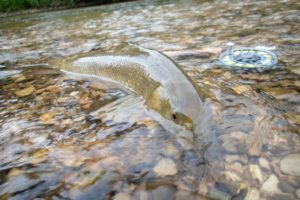 During the rest of the evening I managed to catch barbel and a nice chub as well, and in the end I was very happy that I had not stayed home and watched the game – which had ended in a disaster anyway (Germany lost 0:1 against Mexico)…