Finally dry fly season is on! I had spent the weekend participating in a course on insects, with renown expert Walter Reisinger. We talked so much about flies and flyfishing that I had to make a few casts this afternoon. And I was lucky, as I arrived just in time to witness a good Baetis-hatch! It weren’t the big fish yet which rose to the surface, but it was great fun nevertheless. Caught several ones and lost several too… until I had to quit because a thunderstorm was rolling in. The best time of the year is just about to begin! 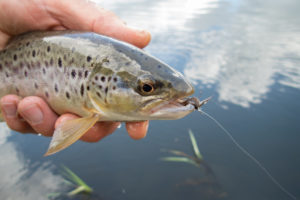 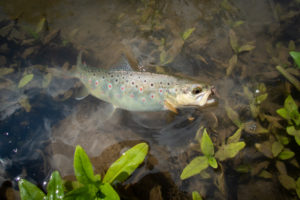 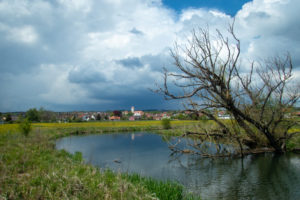