In the last few weeks, fishing has been good, but not extraordinary. The ressurection of nature after the winter has been the true highlight on my fishing excursions… it is a great wonder to me, year and again: almost every day, the landscape changes. It is becoming greener, the birds louder, the evenings longer. Here in the hills of the Swabian Alb, it is usually a bit colder than in the lowlands, but even here we had days where you could go fishing in t-shirt and get your first sunburn. And occasionally a good trout would bite, but fishing is not yet really on, there were hours without a take, the best time is probably still to come. At the moment all the trees are in bloom, appletrees, peartreas, willow and lime… it is absolutely beautiful!

On sunday, I had a few hours time to go fishing and I managed to catch a nicely colored mid-sized fish. But the true highlight of the day happened when I was already walking back home along the stream…

Below some overhanging trees and bushes, I saw a fish rise several times. In contrast to some other fish I had seen rising this year, this fish was doing so repeatedly.

I set down my backpack and for the first time this year, the ritual began which so many fly fishers love:

The waiting, the gazing, the riddling… what is this fish rising for?… The studying of the fly box, the casting, mending, drifting, hoping…. and the swallowing of a sudden outcry, when you saw the fly disappear but the strike is empty…, and everything starts over again… after two empty “blobs” it worked out and the fish was hooked! The first fish on dry fly this year! 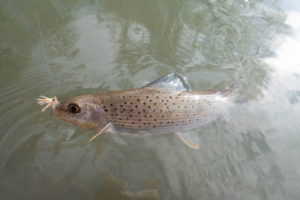 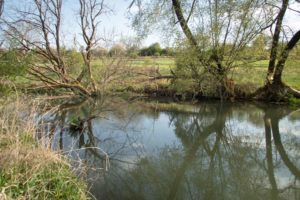 To my big surprise, it was no trout as I had expected, but a grayling! I had not known that there were small graylings in this part of the stream – small graylings, which were a sure sign that these wonderful fish were reproducing naturally even in this stretch!  It wasn’t completely improbable, but I had never seen a small one here before. Very occasionally a big one, but that was all! I had thought this was entirely brown trout territory! How wonderful… a first fish on dry, and a small grayling on top! Without even touching the fish or taking it out of the water, I took a quick picture and released it, hopefully to grow big and strong and meet again one day.

On my final way back home, I also realized what the grayling had risen for: hawthorn-flies! There were yet only few of them sitting on the willows, but they are typical for this time of the year! Sometimes they become quite abundant, and since they are no good flyers, they fall into the water or get blown in by the wind. I was lucky the grayling took my brown CDC-dun, but I will need to take some black flies to the water in the next few days! Sometimes big fish rise to the hawthorn-flies, and you better be prepared! 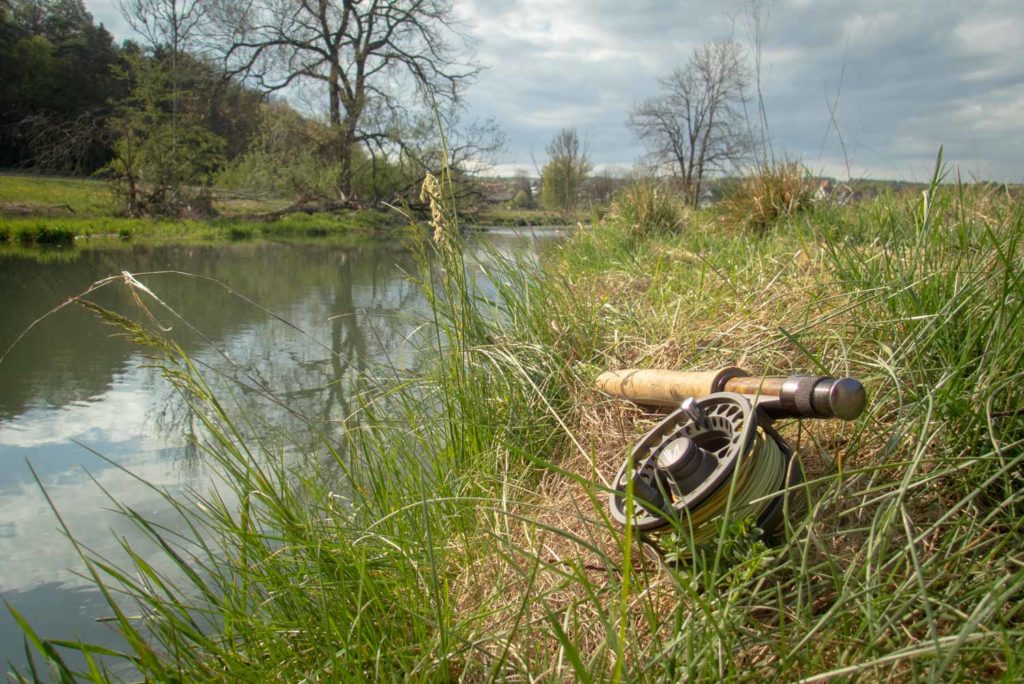