The first day fishing with nymphs had been quite good, with several fish caught. Among them one Marmorata landed, which had been the overall goal on this trip. Being quite satisfied with the nymphing, I was curious to try big streamers in hope of increasing the average size of the fish caught.

My wife dropped me off with the car and I intended to wade downstream as far as possible – until some deep pool or steep cliff, or the sunset would stop me. 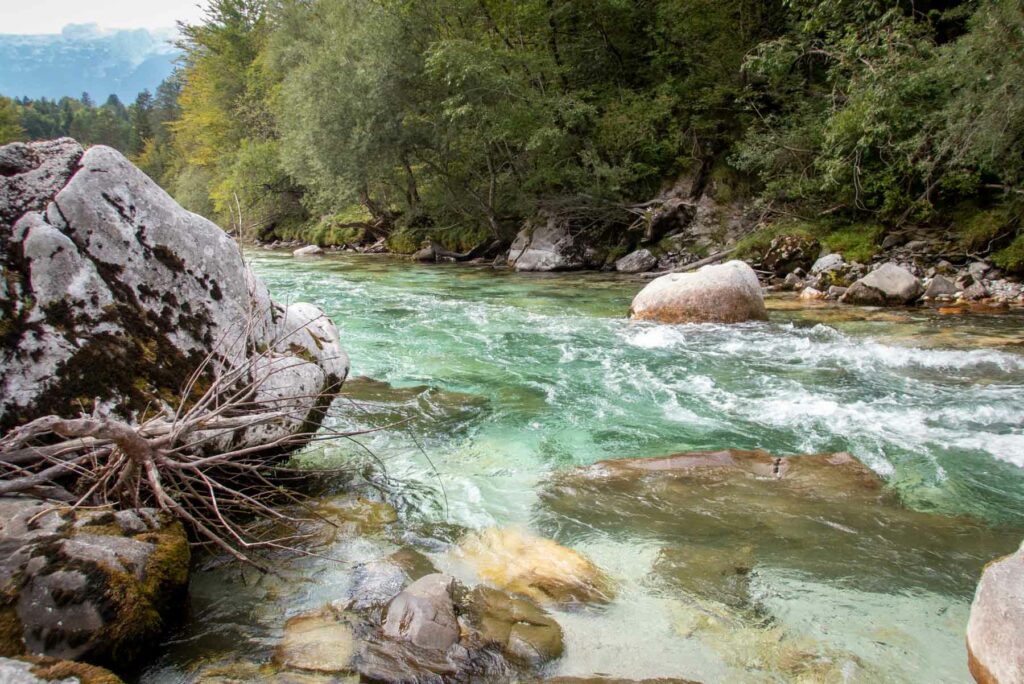 Arriving at the river I was again taken aback by the beauty of the place – the white sands and the blue water looked almost Caribbean, only the water was a bit colder. In fact the water was so cold, I wanted to avoid filling my waders in any case!

I chose a relatively heavy streamer I had tied on a 2/0 hook, mostly with goat hair and marabou, an imitation of a small rainbow trout. 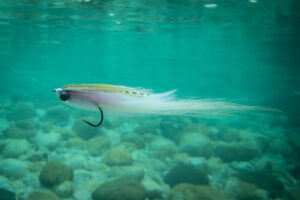 The first casts immediately produced a couple of followers which had been perfectly camouflaged among the big rocks in the fast current. These fish were definitely larger than the fish the previous day, and I became confident. Several times they attacked the streamer but didn’t take it. Only when I finally stripped faster, the take came and I was soon able to land a beautiful and sturdy rainbow – the streamer seemed to work.

During the following hours I fished and waded downstream, past blue pools and riffles, big boulders and steep cliffs, the landscape fascinated me on every step. And in the clear water, I did see quite a lot of fish, and some of them followed and attacked my streamer, but seldom truly grabbed it. I tried a thinner leader, but it did not change the general situation so I sticked with the 0.28 FC. In case the fish of my dreams should bite, I did not want to lose it to a broken tippet. Nevertheless, the afternoon was very enjoyable. A rainbow of roughly 20 inch was the last and biggest fish of that day. 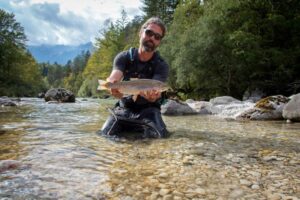 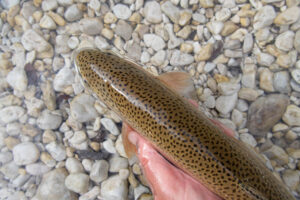 On the way back to our apartment, I was wondering what I would make of this day and the experience with big streamers? On the one hand, the fish had been bigger on average, but it had only been rainbows. With nymph I had caught a higher number and also marble trout… my brother wrote me a message saying “you will surely figure out something”. But what? What options did I have to increase my chances of catching a truly big fish? How would I approach the third and final day?

My family must have seen all the questions in my eyes, and while we were having dinner, they told me that the “family council” (consisting of my wife and our two sons) had decided that I had to go fishing an extra day! What a surprise that was! I never had expected anything like that, and I was so absolutely happy!

I would use that extra day well and do what my brother advised me: I will figure something out! 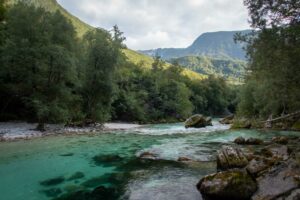 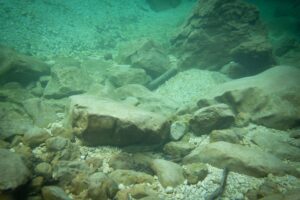 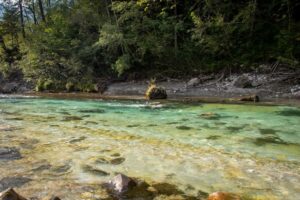