And the last day went in the best possible way… looking back, I still shake my head and wonder who wrote the script for this 4-day-drama… whoever did, thankfully included a happy end.

After three days fishing with various techniques, in various water and with various results, I realized that there was only one way to go: I had to go “all in” for a big fish. After having caught several mid-sized marble trout on nymphs, the minimum goal had been fulfilled. The only goal remaining, was the big marble! Catching a big fish on nymph in this stretch of the Soča seemed rather improbable to me. I had to try it with big streamers again, although this could mean not catching anything at all… was there any way to increase my chases a tiny bit? 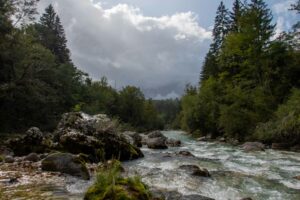 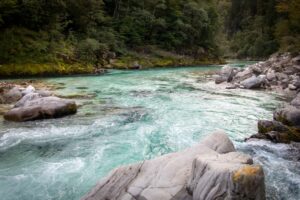 I remembered the message my brother had sent me on day 2: “You will figure out something” he had written… from my box of streamers I took a medium-sized one, clipped of the hook with wire cutters and installed somehow makeshift-style a robust trailer-hook with thick mono line. Maybe this would help to increase my hook-up rate in case any fish showed interest in my streamer. And so armed, I went fishing.

A sudden fall in temperature, some rain (not enough to cloud the water unfortunately) and wind made things a little less convenient than the days before. And on top of that, fewer fish showed up than all the previous days. A nice grayling had me wondering if I should have brought the nymphing rod instead, but the decision had been made… 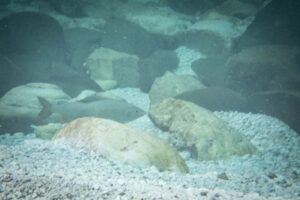 Until 7 pm, I was still without any takes, and there was just under an hour left to fish until sunset. A midsized rainbow shook me awake, the first fish of the day. But my concentration had faded a bit and I lost the fish in the fight. Only a few minutes later, a better rainbow took my streamer, but the fish didn’t make it to my net either… “What if that happened with a big marble trout?”, I hardly dared to imagine…. I had to keep calm and fight the fish a little more gently with the heavy rod. To end this last fishing day on the Soča without any fish in the net, felt like a defeat in that moment.

Just a few minutes before sunset, the mountain peaks glowed golden beneath the heavy clouds, I was standing at the last spot I intended to fish… With the second cast, a sudden heavy tug went through the rod. It was immediately clear that this fish was stronger and bigger than anything I had caught in the previous days. A big marble, not doubt! Where had this fish suddenly come from?

My usual mantra “imagine it’s a small one” was disturbed by the memory of the two lost rainbows minutes before. It was a tough challenge to keep the marble from the fatal shelters below rocks and still fight it rather gently, to follow it downstream with the current but not trip or fall and avoid the deep water. 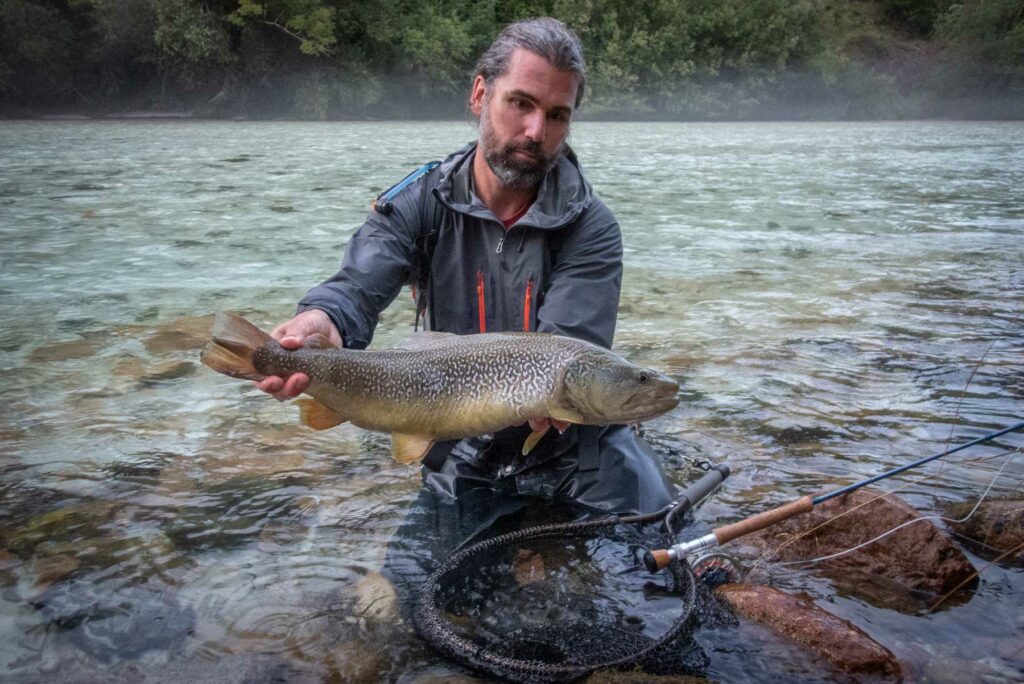 No thriller movie could ever get close to the suspense and thrill of those minutes! And just as I need to have a “happy end” in the movies, the fish was finally in the net, and I cried out loudly! What a fish! In the last minutes of this 4-day-experience, on a self-tied streamer.

And the icing on the cake was, that at this moment my wife and kids arrived to pick me up, and I was able to share this wonderful moment with them… I will never forget this day! 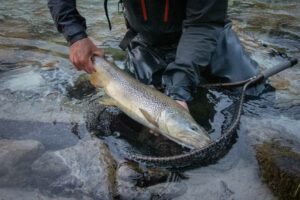